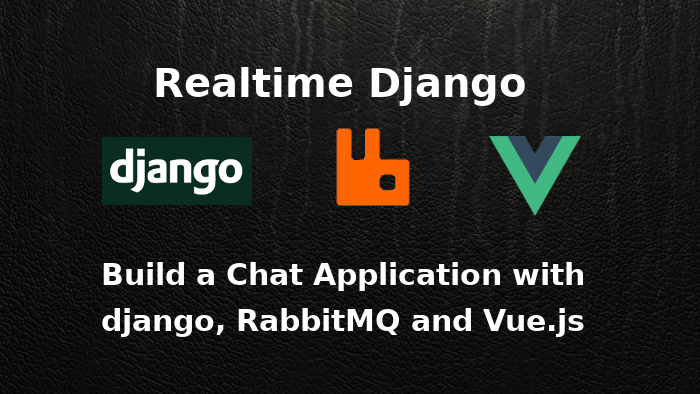 This tutorial is not an Introduction to Django or Vue.

To get the most out of it, you should be familiar with Django. It’s expected that you’ve gone through the Getting Started guide and the Polling app.

You Should also be Comfortable writing JavaScript and know the basics of Vue.js. We are not building a complicated Vue SPA but if you’re not familiar with Vue, You can check it out the documentation and get familiar with it’s principles and API’s.

If have development experience with React or Angular you shouldn’t have problems understanding Vue because it draws a lot of things from both of them (Especially React).

During the course of this tutorial i’ll do my best to breakdown and explain any sections that i feel are complex or have a lot of Magic going on.

If you don’t understand anything, the comments are wide-open. Feel free to reach out.

Originally, this tutorial used uWSGI for the WebSocket layer. Times have changed and today (March 2021), django-channels is now the defacto way to handle WebSockets in django and it’s only going to get better. Hence, the tutorial was extended to incorporate django-channels. It’s still adviseable to go through each part to get a broad understanding of how django-channels works under the hood

What are you going to learn?

Before we proceed, this is a glimpse of what we’ll build:

I call the application chatire but you can call it whatever you want to.

Go ahead and install django with:

after that let’s start a new project called chatire.

If everything worked you should see this:

That wraps it up for this part, in the next part we’ll implement user registration and authentication with djoser.

The Repo for this tutorial is available on Github